If you’re looking for WOW! …. Aerosparx has it in abundance.  A truly unique formation aerobatic display team; they display at night.  On its own, this is something, but their night time displays involve pyrotechnics, taking them to another level.  Packed with the energy and excitement of a fireworks display, the difference being the display they treat us to is produced at their wing tips.

Soaring through the sky they leave an awesome trail of colourful light and if that’s not enough, they also have the technology to be able to coordinate their air display with the fireworks display on the ground.

The pilots, Guy Westgate and Rob Barsby have a wealth of experience, both having extensive histories in and around aviation.

Guy has two world records tandem paragliding with his twin brother Richard, is an advanced aerobatic instructor and examiner and CAA Display Evaluator.

Rob started fly in 1983 and is team flight leader. Rob works on a number of major projects with national organisations related to inspiring youngsters and others into taking up hobbies and careers in aviation, whilst also developing projects to capture a more mainstream audience. 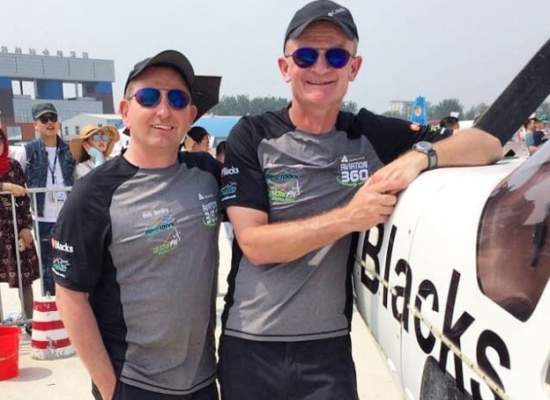 Guy is an aerobatic pilot, a glider pilot and an occasional tug pilot. He is Eight times National Glider Aerobatic Champion at unlimited level and has been on the British team for three World Aerobatic Championships.

Guy has been flying aerobatics since 1993 and displaying gliders since 1998, he has two world records tandem paragliding with his twin brother Richard, is an advanced aerobatic instructor and examiner and CAA Display Evaluator.

Guy has pioneered many of the display techniques used by Aerosparx, including use of the LED lights and pyrotechnics, and he flew UK’s first pyro show back in 2010 in his S1 Swift glider.

Guy’s role in the Aerosparx team is to formate on the lead aircraft whilst working together as a team with ultimate trust in each other. 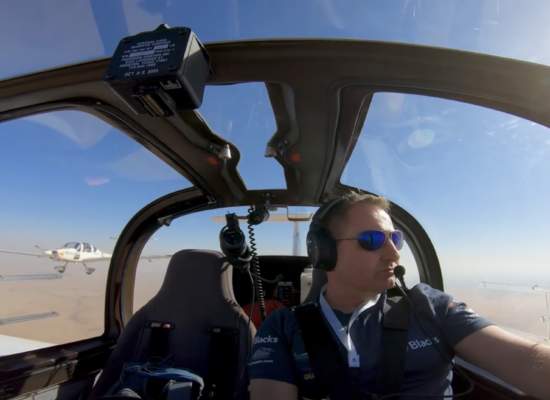 Rob is team flight leader and started fly in 1983 at the age of 17 (before he’d even learnt to drive!) and soon advanced up the ranks, becoming an instructor in the late 90’s and progressing from Instructor to CFI at one of the biggest gliding clubs in UK – The Gliding Centre at Husbands Bosworth – in 2013. Rob also now works on a number of major projects with national organisations related to inspiring youngsters and others into taking up careers and hobbies in aviation, whilst also developing projects to capture a more mainstream audience.

In Rob’s spare time he also fly’s a number of aircraft from different gliders, tug aircraft, classic chipmunks, motor gliders and his own Robin DR400 around UK and Europe.

As an Aerosparx display pilot Rob fly’s aerobatics’ at night, in formation with pyrotechnics and leads the combination, whilst both pilots work together to create unique experiences for Aerosparx audiences. Rob’s day job involves working with all Aerosparx supporters and partners to include technology to produce unique 360 interactive LIVE experiences showcased through mobile based apps.

Signup for our newsletter

Get the latest Bigatmo offers, promotions and news direct to your inbox.